We have a Honeywell Evohome system, which is excellent for controlling the temperature in a house, especially when you want to save energy and avoid heating rooms until they are needed.

Our current house was just converted from LPG to a heat pump, and this required several new radiators.  I'd specifically asked for Evohome compatible valves, and the installer brought some decent quality  Danfoss RAS-C2 valves.

I'm told Danfoss valves are one of the most common in the industry, and Evohome controllers come with a specific adaptor for them. 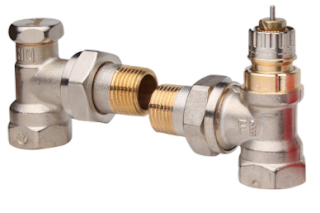 The problem was that the radiators never turn on, they are stone cold, despite the valve motor turning.

With a bit of investigation I found that the HR91 controllers I was using never open fully to the end stop.  They always stop well before it.  This is apparently a deliberate choice to save battery by winding the motor for a shorter time.

The trouble is that the control point of the Danfoss valves are different from our old ones.  By default the valves are 'open' and hot water can flow.  By pushing the valve pin down, the flow is restricted.  Each type of valve has a slightly different range to push over and the point on the valve's movement where the flow begins to be restricted will differ as well.  Evohome controllers attempt to 'calibrate' on the valve when they are first connected by winding it in and out fully.

On the Danfoss valves, the 'useful control range', ie: the distance over which the flow rate changes significantly begins VERY close to the fully out position.  The flow is also restricted quickly as the pin is pushed in just a short distance.  Because the HR-91 controllers never open the valve at all.

With the new radiators installed, every single one failed to work with the exception of a towel rail radiator in the bathroom with had a different style of valve.

HR80 not much better

I had a couple of the old HR80 evohome controllers as well and tried these.  They were 'better', working on some of the radiators, but not all of them, and not consistently.  I would guess that they open a bit further by default than the HR91, but still not all the way

Having spoken with Evohome support, I realised there was nothing they could do, unless they release new firmware for my HR91 units.  The next best option was to try and modify what I had, to make it work.
I didn't want to damage the radiator valves, so I started with the HR91 adaptor.  This has a removable section which screws onto the radiator.  Unclipping and removing it from the HR91 is simple. 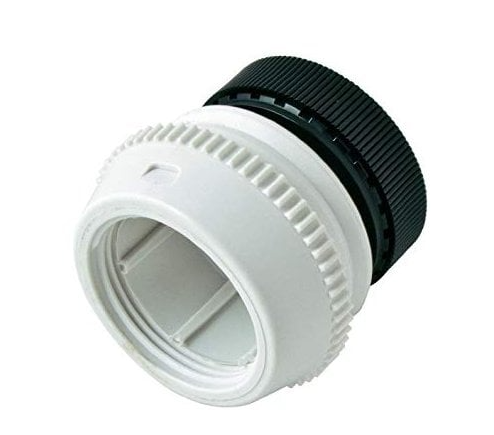 HR91 adaptor unit, removed from its controller
The white side screws to the radiator, while the black wheel is rotated by the HR91 motor, causing a threaded rod to push out and press down on the radiator valve.
As my radiators were always closed, I decided to reduce the length of the rod and so change the point that the controller would push the radiator valve to the 'closed' position.
To do this: 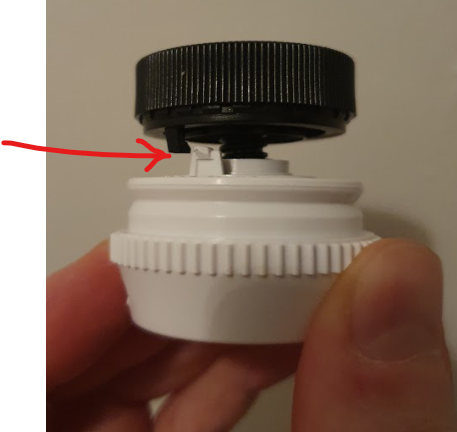 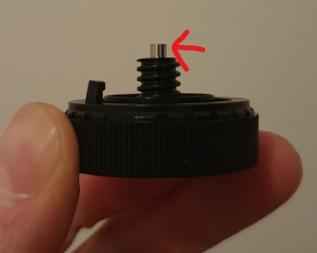 In my case I had to file the metal rod until it was about 0.5mm from the plastic screw section BUT your valves might need less, so take it carefully: refit the controller, calibrate and test regularly.
If you do damage it or go to far, you can pick up new adaptors for about £10 online, so its not a disaster!
Having modified all my adaptors, I now have full control over the radiators again.  I did damage one, by trying a Dremel to cut the metal rod.  This heated the plastic, melting it and I ended up cutting too deep.  The file method was slower but better.

The most expensive evohome controller (and I assume the most common one), the HR92 did manage to control my Danfoss valves but NOT in its default mode.  When first fitted, they did exactly the same as the HR91.
To make them work, you have to enter the device settings, find the 'Stroke' setting and change it from '0' to '1'. This will make the controller open the valve fully to the end-stop and so allow it to work.

Popular posts from this blog

By Andy - September 27, 2010
T here seems to be a lot of questions on the web from people trying to access a linux from C#, most of them having problems using 'Plink'. This comes with 'Putty' and allows you to run remote commands on a linux machine. For this example, you have to use Putty to create and store a session using a public key. This makes automated login safer and more secure. The following code runs the 'ls' command on the remote session, called "quarch". Note the redirect of both standard in and standard out! System.Diagnostics. ProcessStartInfo ProcStart; System.Diagnostics.Process Proc; string Result; System.IO.StreamReader Output; ProcStart = new System.Diagnostics. ProcessStartInfo(@"c:\program files\putty\plink.exe"); ProcStart.Arguments = "-load quarch ls"; ProcStart. RedirectStandardOutput = true; ProcStart. RedirectStandardInput = true; ProcSt
Read more

By Andy - February 04, 2011
I've been implementing a Telnet server on our products using the Microchip TCP/IP stack on a PIC18F87J50. Following are some useful notes! - The TCP/IP stack does not like being interrupted, especially by the USB stack if you have both of them compiled in together. I suggest you get your telnet working fully first before putting USB in place... I found issues with Stack overflows, processor lockup and lost Telnet data when using both at the same time! - If Telnet works but the socked does not disconnect properly when closed by the remote client, check you have initialised the Tick(TCP/IP timing) functions and have it correctly called in the interrupt routines! - Microchip have not bothered to implement Telnet properly. On connection a Telnet connection sends a bunch of options back and forwards to work out what each side can do. The Microchip example ignores these so you get 'junk' data on connection. HyperTerminal on windows sends 6 bytes of settings which the Microc
Read more